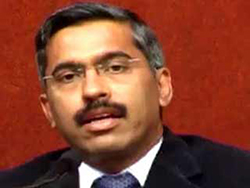 Sanjay Dubey is an IAS officer of 1993 batch. During his posting as Commissioner, Indore division, he conceived and created Indore Society for Organ Donation. He, as the founder Chairman of the Society steered & gave direction to Society. The efforts were recognized by Govt. of India and the Society was felicitated by National Awards for best SOTTO & Best Organ Donation Society. In a span of last 6 years the society could mobilize citizen’s support, institutionalized several innovations that are now followed in country and brought Indore and Madhya Pradesh on the national map of organ donation. Indore now boasts of Heart, Liver, Kidney transplant facility and is the only city in Central India that has these facilities.Incidentally Indore also has the highest eye and skin donations in India.

Sanjay Dubey, a Mechanical Engineer is an alumnus of IIT Delhi, London School of Economics and visiting faculty of Lal Bahadur Shastri National Academy of Administration (LBSNAA), Mussorie & IIM Indore. He is the recipient of prestigious Prime Minister’s Excellence Award, the highest award for any Civil Servant, President’s Award, Chief Minister’s Excellence Award and several other national & international award in the field of e-governance, law & order and health. He has several innovations under his belt some of the noteworthy ones are “e-attendance”, “removal of religious encroachments” and “Vidhyadaan” an initiative that allows volunteers to teach in govt. schools while ‘Aahar’ an initiative that helps feed poor people through food donation, e-attendance, Vidhyadaan & Aahar initiatives are replicated by State and National Governments. 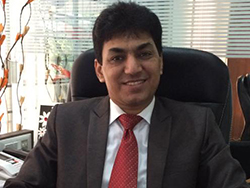 An entrepreneur with more than 25 years of experience, who believes in developing smart systems with the help of technology. As the founder of a 24 years old company INFOCRATS Web Solutions based in Indore, he has been serving the IT needs of diverse clients. Along with this, he is also the COO of the sister concern Quacito LLC, based in San Antonio, Texas. His association with technology is not limited to professional work. He has an undying passion of harnessing technology for social improvement. This has given birth to the creation of a Non-profit organization named CitizenCOP Foundation that makes social impacts in people's lives. With the help of the foundation, he has contributed in developing platforms that address issues like women empowerment, citizen safety, improved survival for plantation, handling surplus food and to avoid food wastage as well as many more over the past 10 years.

In the past decades, Mr. Rakesh Jain has consulted several businesses in various domains across the globe. His core area of expertise is IT implementation and smoothening business processes. His passion and interest for social initiatives has given him experience of working with top bureaucrats of different states. He has gained insight towards the workings of the government. A few examples are CitizenCOP App for women safety, AAHAR App for distribution of surplus food, and greenGENE for giving identity to trees and proposing the concept of TREE Gifting and green Wealth. On top of this, there are many initiatives that address issues like pollution, traffic, education, cybercrime, tourism and many more like these.

His efforts have shown success and gained appreciation on state as well as national level like the Digital India Award in 2016 from the Government of India and various State level awards and recognitions from various Chief Ministers. 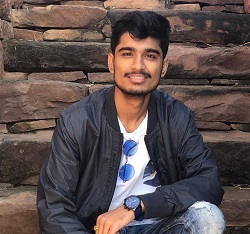 Shantanu Dubey is a Computer Science Graduate from IIT Bombay and is presently working in a Technology firm ‘POSTMAN’ as Data Scientist. He has a knack for development of new & innovative ways of seeing any problem & finding a solution to it. His dictum is every adversity is an opportunity to develop and grow. His managerial skills, coding prowess, commitment to task at hand and above all passion to serve humanity makes him stand out of crowd.

He has been associated with the development of structure & framework of Indore Organ Donation Society and has been an active member to guide its operations. Later, he went on to found a start-up which uses drones to calculate and identify crop its production of productivity by using AI & ML. He continues to guide & mentor several young Computer Science students.

His other initiatives include Vidhyadaan & Aahar. The first one for permitting volunteers to teach in govt. school & second one to minimize wastage of food, and serve it to poor & needy.